NYC to Launch $30 Million Campaign to Bring Back Tourism 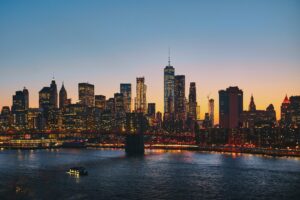 New York City’s mayor, Bill de Blasio, recently announced a $30 million tourism marketing blitz to start in June. The campaign will be the city’s largest-ever campaign to recharge the industry that once employed 400,000 workers and injected $70 billion into the local economy. The campaign will be called “NYC Reawakens” and aims to bring both domestic and international visitors to the city. The funds will come from federal stimulus programs and go toward television ads and social media campaigns, including a “Wish You Were Here at NYC” campaign, in which New Yorkers may invite friends to visit the city.

“We are open for business,” de Blasio said on a briefing. “There’s only one New York City.”